What Is A Family Cargo Bike?

There are plenty of cargo bikes to choose from, but some are better than others for hauling your most precious cargo: the kids. Here are our top picks for family bikes, and some tips on why to choose a family cargo bike to ride with your kids.

Why choose a cargo bike for cycling with your kids?

Cargo bikes are perfect for families who regularly commute by bike. Unlike most child bike seats or trailers, cargo bikes can be used for babies and 'big' kids, meaning the investment can be recouped over many years.

They're also great for carrying everything the kids bring with them - library books, backpacks, balance bikes, groceries, Christmas trees, the list goes on. If you want to get more information about the best bike for carrying a child, welcome to contact us today or request a quote. 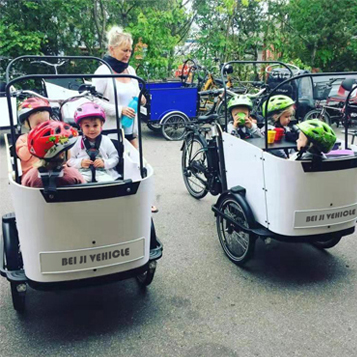 The long tail bike is usually the most flexible and lightweight of the three cargo bikes. It usually allows one to three children to sit on the long tail cargo bike seat or through a 'cage' on the deck. The longtail with a shorter deck is often called the midtail.

The long john bike is the most traditional family bike and is often also called "bakfiets." These are popular in the Netherlands and other European countries. They can hold a lot of children and gear. For parents who want to take their baby on a bike, you can even strap on a car seat.

Particularly popular among families in the Netherlands and other European countries, and increasingly so in the USA, long john cargo bikes, also known as bakfiets or box bikes in some countries, run larger. Long Johns are sometimes jokingly referred to as front loaders" due to the position of the cargo box between the front axle and the rider, with a specially designed frame and steering system that runs from the handlebars to the fork. 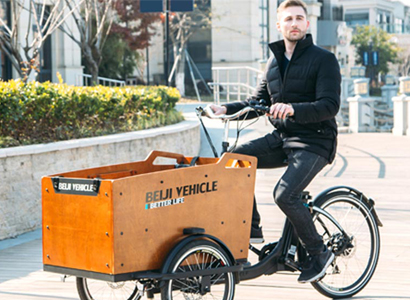 The Long John tricycle, or trike, is similar in design to the Long John bike but boasts three wheels instead of two. The cargo box is commonly situated between the two front wheels and handling will depend on bike design.

Some models are designed with wheels connected to the box so the entire front half turns and maneuvers much like a wheelbarrow. Other designs feature wheels that are separate from the box, allowing the wheels to move independently from the box, making it possible to lean into turns, resulting in improved handling at higher speeds.

Long John trikes offer the same advantages of greater cargo and passenger capacities, but they can also deliver increased stability, which is why it might be such a popular pick. People who want or need as much stability as possible, such as parents who have kids to transport or anyone with balance issues, would benefit from this kind of support.

As the best cargo bikes manufacturer and supplier, Beijivehicle has a variety of cargo bicycles for sale: Electric cargo bikes, Long John bikes, Cargo Tricycles. All cargo trikes are designed by experts and will definitely meet your needs. If you want to get more information about the best cargo bikes for families, welcome to contact us today or request a quote.

How To Start A Ice Cream Cart Business？

Is A Coffee Bike A Good Investment?