Can a Cargo Bike Replace a Car?

Cargo bikes are changing our ability to use bikes as our primary mode of transportation.

Cargo bikes have a wide range of uses: from industries that transport goods, to individual entrepreneurs who incorporate them into their businesses, to people who use them for practical everyday uses, such as transporting children and groceries.

Cargo bikes give you extra carrying capacity, whether it's to go to the market, to do your daily chores, or to get your kids to school.

Cargo bikes are specifically designed to carry loads on any bike, whether small, large, heavy, or light. 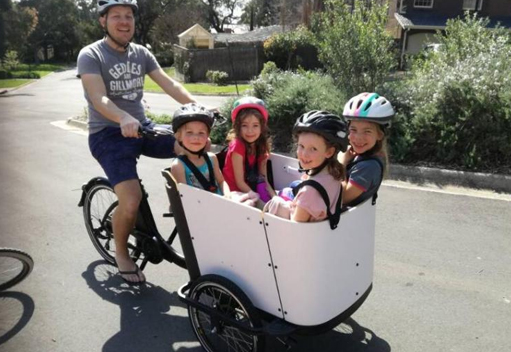 Cargo bicycles - or more generally, bicycle logistics - can be a good solution to many of the challenges facing cities. Bicycle logistics has risen in importance in the 2010s and will continue to be an increasingly important solution for achieving the goal of CO2-free urban logistics by 2030 and for alternatives to single-occupancy vehicle travel.

The potential for freight bikes to replace motorized transport for goods and business-related journeys is high: 25% of all goods deliveries (e.g. using courier, express and parcel services or postal delivery), 50% of all business-related transport (e.g. tradesmen or road cleaning) and up to 77% of shopping trips can be replaced by freight bikes. In addition, cargo bikes also benefit private users, from the easy transportation of children (and adults) and goods to increased social interaction.

The cargo bike originated in Holland in the 19th century and was used by merchants who wanted to transport goods in an era before automobiles.

Milkmen delivered milk with them. Bakers delivered bread. In Holland and Scandinavia, the most common type of cargo bike was the bakfietsen (translated from Dutch means "box bike"), which was usually a cargo tricycle with a box between two parallel wheels at the front and back. Another style, the "Long John," which had a slender frame and a low box at the front of the bike, became ubiquitous in Europe and quickly became popular elsewhere. 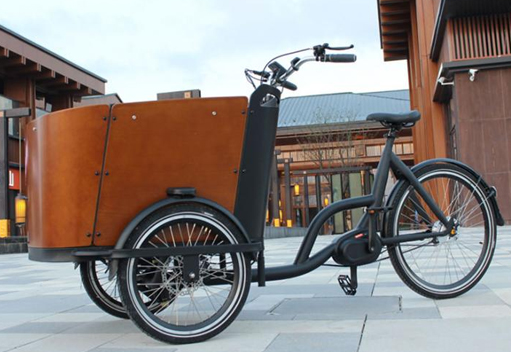 Global freight makes a major contribution to climate change and the ongoing climate crisis. In urban areas, for example, delivery vehicles contribute to deteriorating public space quality, air quality, and the safety of other road users. Researchers at the University of Westminster used GPS data to compare the routes taken by London freight bikes with the routes that trucks would have to take to deliver the same packages. The results showed that London cargo bikes provide a service that is 1.61 times faster than that provided by lorries, reducing over 14,500 kg of CO2 and over 20 kg of NOx in a year.

In central London, cargo bikes also deliver an average speed higher than lorries, carrying nearly seven packages per hour, compared to four for lorries. The bikes also reduce carbon emissions by 90% compared to diesel vans and by 33% compared to electric vans. As a result, cargo bikes can serve customers more efficiently than vans without many of the negative climate impacts of urban freight.

Outside of London, the researchers also note that 100,000 cargo bikes have been introduced in Europe from 2018 to 2020, saving approximately the same amount of CO2 per month as it would take for 24,000 people to fly from London to New York and back.

What Do I Need to Know Before Buying a Food Cart?