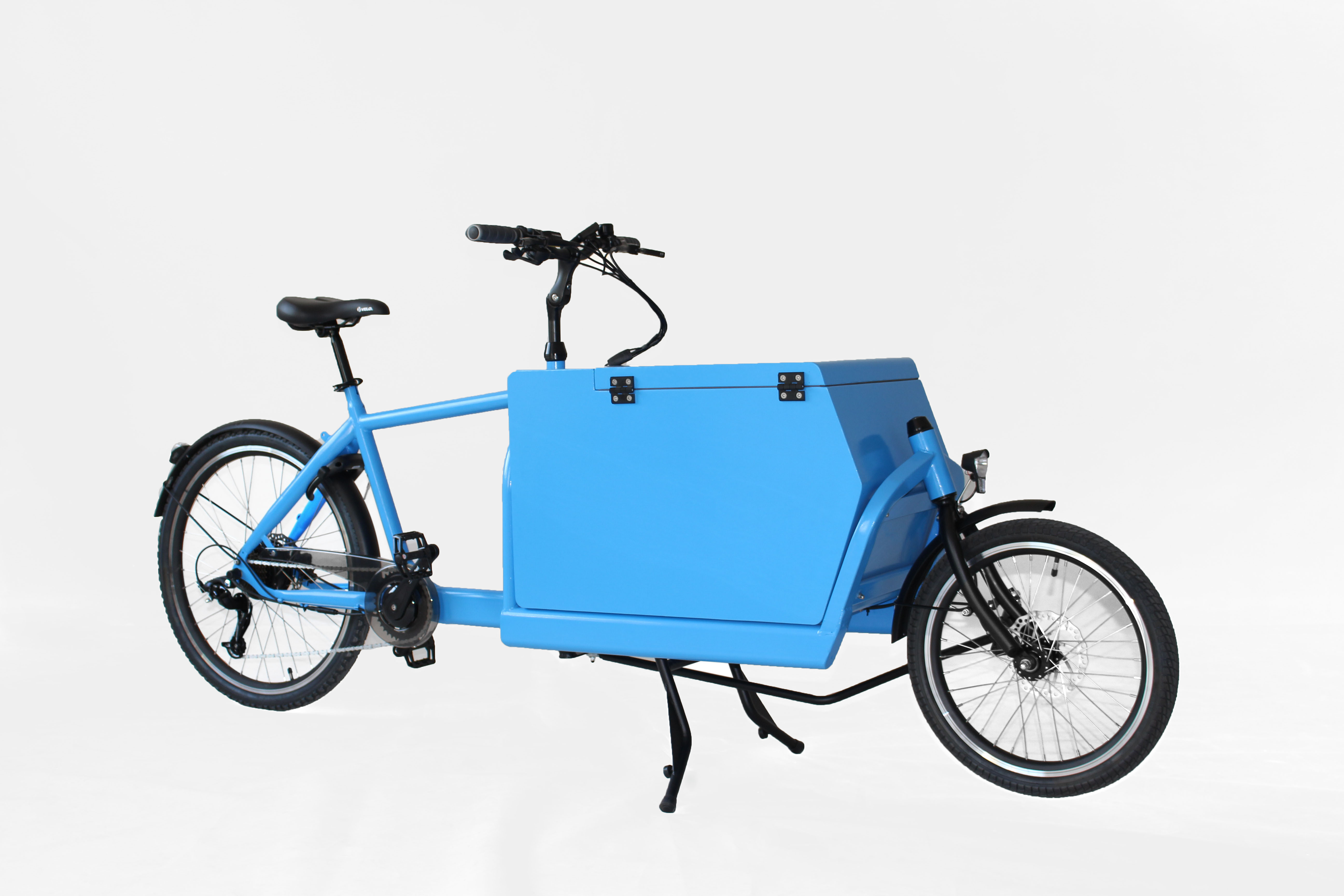 “Bakfiet” is the Dutch word for a “Box Bike.”  In Denmark, it is called a “Long John.” Long John bikes were developed in Denmark in the early 20th century.

Long John cargo bikes are like the flat-bed trucks of cargo bikes. A Long John-style cargo bike is a two-wheeled cargo bike, with the cargo area or an attached wooden basket sitting low to the ground between the steering tube and the front wheel.

Long Johns are sometimes nicknamed "front loaders" due to the position of the cargo box, which is located between the front axle and the rider with a specially designed frame and steering system that runs from the handlebars to the fork. The design also keeps cargo low to the ground which serves the dual purpose of increasing stability and preventing freight from blocking a rider’s view of the road.

The cargo box (or crate) rests lower to the ground and can promote a sense of stability. The box style allows for quick, easy packing (just throw everything into the box and go), allowing users to forgo the step of balancing your load. In the event of rain, it only takes seconds to throw on a raincover.

They have remained popular in northern Europe, These cargo bikes are now becoming popular in the world.